Pearls
From one of the humblest of life forms, the mollusc, the Pearl is created.
It is a gem of unsurpassed beauty and elegance.
They come in a bewildering variety of shapes, colours and sizes. 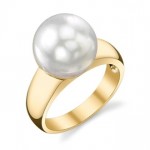 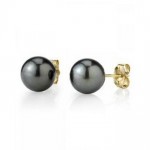 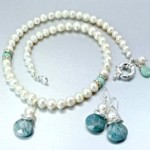 Baroque have an irregular shape that can range from minor aberrations to distinctly ovoid (egg-shaped, 3 dimensional version of an oval shape), curved, pinched, or lumpy shapes.
They were highly prized by Renaissance jewellers, who saw them not as misshapen products of sea molluscs but rather as unique and exquisite natural forms. 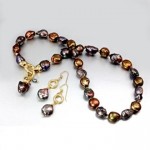 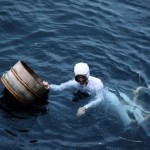 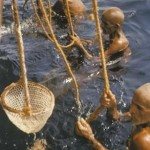 Pearls are found inside a living creature, an oyster and are the result of a biological process, the oyster's way of protecting itself from foreign substances.
Oysters are not the only type of mollusc that can produce Pearls.
Clams and mussels can also produce Pearls, but that is a much rarer occurrence.
Most Pearls are produced by oysters in both freshwater and saltwater environments.
They can be found all over the world, but black pearls are indigenous to the South Pacific.
An oyster forms Pearls by secreting a mineral substance called nacre (aragonite and calcite) and uses it to quarantine an irritant (most often a parasite).
The formation of a natural Pearl begins when a foreign substance slips into the oyster between the mantle and the shell, which irritates the mantle (kind of like the oyster getting a splinter).
The oyster's natural reaction is to cover up that irritant to protect itself.
The mantle covers the irritant with layers of the same nacre substance that is used to create the shell. This eventually forms a Pearl.

Freshwater are cultured by inserting a small piece of mantle tissue into an incision made in the mantle of a host mussel. A bead is not needed and is rarely used except in beaded cultured freshwater pearl production (CBSB fireball pearls).

Cultured are created by the same process as natural Pearls, but are given a slight nudge by pearl harvesters. To create a cultured Pearl, the harvester opens the oyster shell and cuts a small slit in the mantle tissue. Small irritants (bead) are then inserted under the mantle.
In freshwater cultured Pearls, cutting the mantle is enough to induce the nacre secretion that produces a Pearl - an irritant doesn't have to be inserted.
While cultured and natural are considered to be of equal quality, cultured Pearls are generally less expensive because they aren't as rare.