Maltese settlers abroad
Australia became home to 60,000 Maltese born Immigrants who stuck together on this vast continent, supporting and comforting each other through times of emotional trauma, homesickness and the enduring anguish of being separated from loved ones in Malta plus discrimination in the new country.
Their offspring is documented in the 2011 consensus as 163,990 Australian’s born to Maltese immigrants.
The Australian Government 2011 consensus for the Department of Immigration and Citizenship records there are: 41,274 Maltese born immigrants living in Australia (a fall of 5.6% from the 2006 census due to our aging population) and reflects the geographical distribution of Maltese born immigrants; the largest number in Victoria (19,730) followed by New South Wales (15,853), Queensland (2,654), South Australia (1,569).
Jewellery collection at Beloved Treasures Gold and Silver Maltese Cross jewellery for men and women 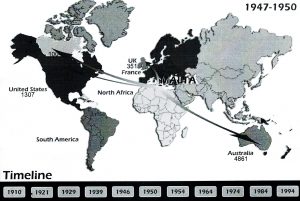 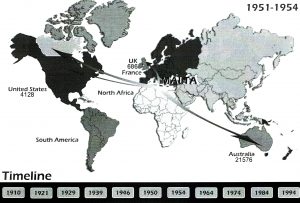 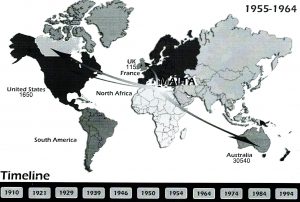 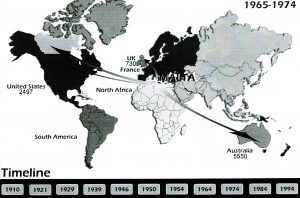 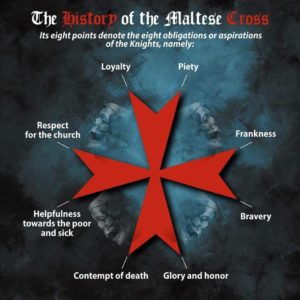 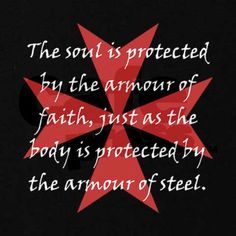 The Maltese Cross, or as known in Italy The Amalfi Cross or in England as the George Cross. The George Cross (GC) is second in the order of wear in the United Kingdom honours system, and takes precedence over all other orders, decorations, and medals, except the Victoria Cross, with which it shares equal precedence.
The St John logo incorporates the Amalfi Cross.
Every part of the cross has a meaning linked to the four cardinal virtues and the eight qualities of an effective first aider.
The arms of the Maltese Cross are of equal length that broaden from the centre with ends that are indented in a shallow V shape.
The Maltese Cross is eight pointed and symbolises the Christian Warrior.

"In the name of the people of the United States of America, I salute the Island of Malta, its people and defenders, who, in the cause of freedom and justice and decency throughout the world, have rendered valorous service far above and beyond the call of duty.
Under repeated fire from the skies, Malta stood alone, but unafraid in the centre of the sea, one tiny bright flame in the darkness, a beacon of hope for the clearer days which have come.
Malta's bright story of human fortitude and courage will be read by posterity with wonder and with gratitude through all the ages.
What was done in this Island maintains the highest traditions of gallant men and women who from the beginning of time have lived and died to preserve civilisation for all mankind."
Dated December 7, 1943. Signed FRANKLIN D. ROOSEVELT